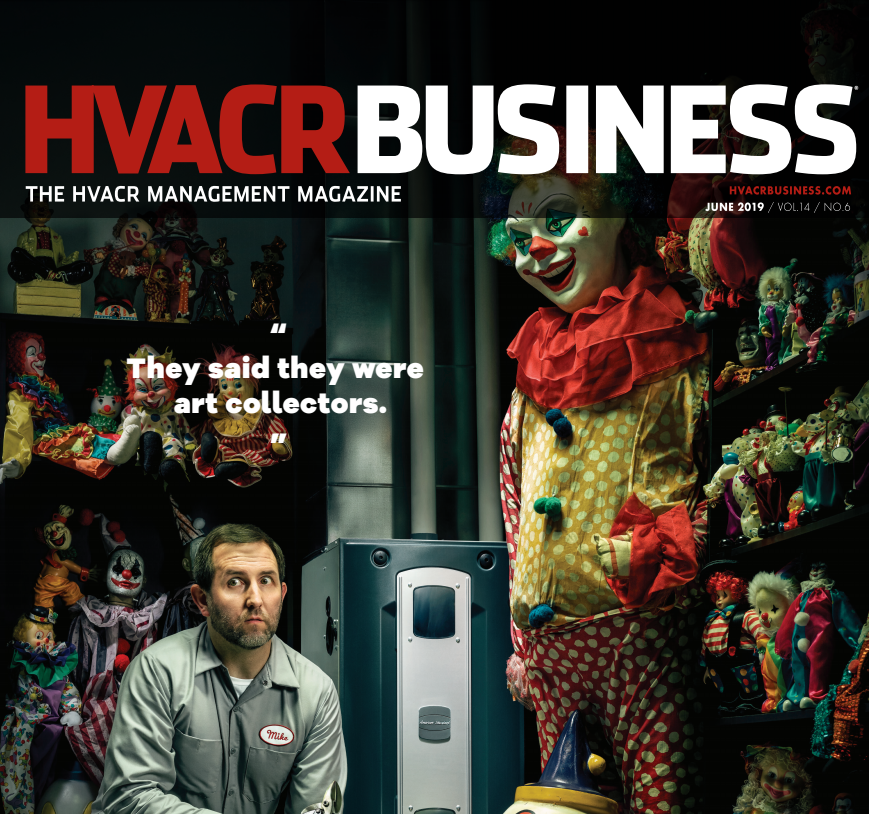 We recently received the full results for our trade-targeted campaign that ran from May 1 through August 31. This creative is the dealer version of the “Better Problems” campaign for homeowners, which shows how homeowners don’t have to worry about their American Standard equipment—so they can focus on better problems like their “raccoony” door or figuring out which remote turns on the TV.

The trade-targeted version took a similar approach: Because of American Standard’s quality products and distributors, dealers can focus on some of the more unusual situations that they run into while on a job—like the odd clown collection in the basement or an escaped pet—instead of on the equipment. The goal of the campaign was to break through the standard HVAC advertising formats, raise awareness of our brand, and drive dealers to our dealer-focused website. As part of the campaign, we refreshed the website (check it out here) and created a form for dealers to express interest in selling the brand.

The campaign was composed of print ads in the major trade publications, digital media, and social media. Our click-through rates were 4x greater than average (or higher) and generated 78 leads, over 30 of which have already converted to American Standard.